Sale on canvas prints! Use code LGKKVX at checkout for a special discount! 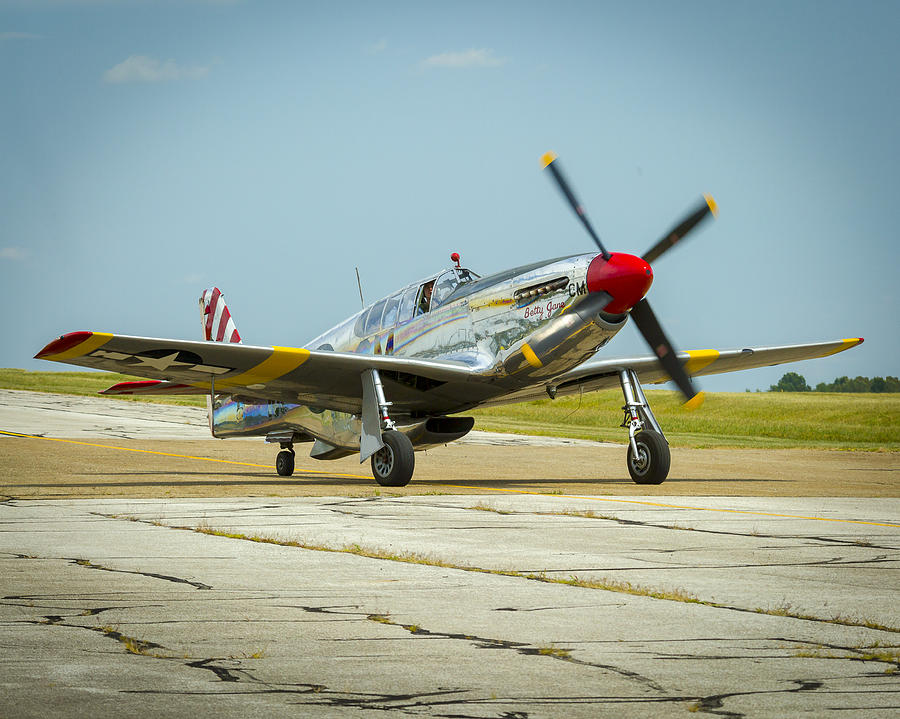 The P-51 was developed by North American starting in early 1940 to satisfy a British need for a long range escort aircraft. The prototype first flew on the 26th of October 1940, and was designated NA-73X. The aircraft was fitted with an Allison V-1710-F3R and was fitted with two .50 cal machine guns in the lower fuselage, and two .30 cal machine guns in each wing. The British ordered 620 of the aircraft and designated them the Mustang I. The aircraft entered service starting in February 1942.

Thank you the buyer of 36" x 29" print of North American Tp-51c Mustang to a buyer from Farmers Branch, TX.

Great Capture! Congratulations on your sale!